The Physics of Photography 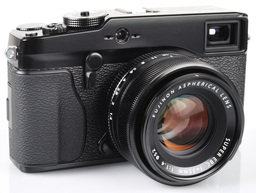 Also known as a rangefinder, a viewfinder camera is a camera that creates an image that is completely separate from the image acquired through the lens, due to the viewfinder's offset from the lens. This problem in the camera is known as parallax, which occurs when there is a difference between what a camera shows you through the viewfinder and what the picture will actually look like. The viewfinder usually has its own simple lens which shows an approximation of the image that will be captured. Viewfinder cameras have a simpler construction and thus are easier to manufacture than single lens reflex cameras. The advantages of a viewfinder camera are that they are relatively inexpensive, have a less likelihood to break or malfunction (due to the simple construction), provide excellent focusing, and receive higher light levels.

How does a viewfinder camera work?